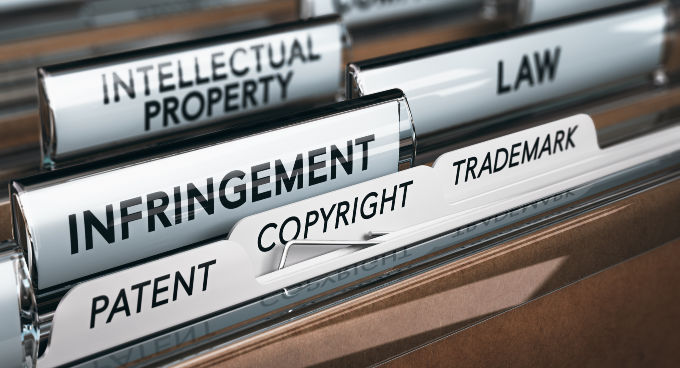 There’s an important exception to apportionment known as the “entire market value rule” (EMVR). It allows a patent holder to recover damages based on the full value of the infringing product, even if it contains multiple features, provided the patent holder can establish that the patented feature constitutes the basis for consumer demand for the product. In other words, if the patented feature drives demand for the product, the value attributable to that feature is the product’s entire value.

The U.S. Court of Appeals for the Federal Circuit has exclusive jurisdiction over patent appeals. In Power Integrations, the court provided guidance on what a patent holder must prove to take advantage of the EMVR and avoid apportionment.

Both parties manufactured power supply controller chips that are used to regulate the flow of power in chargers and other devices. In 2009, Power Integrations filed a lawsuit against a competitor, alleging patent infringement. The main patent at issue covers switching regulators used in the chips that enable power supplies to run more quietly and efficiently.

After a 16-day jury trial in early 2014, the jury found that the defendant had indeed infringed several of Power Integrations’ patents and awarded $105 million in reasonable royalty damages. Six months later, while the case was still pending in the federal district court, the Federal Circuit decided a similar case, VirnetX, that had important implications for apportionment cases.

Previously, in cases involving products with both patented and unpatented features, some courts allowed apportionment based on the “smallest salable patent-practicing unit.” But in VirnetX, the Federal Circuit found that practice insufficient to satisfy a patent holder’s apportionment obligation. Because Power Integrations didn’t apportion royalties beyond the smallest salable unit (and had disclaimed reliance on the EMVR), the district court ordered a new trial.

In the second trial, held in late 2015, the court granted a Daubert motion excluding Power Integrations’ expert testimony on apportionment, but allowed its expert to testify based on the EMVR. This time, the jury awarded Power Integrations nearly $140 million in damages, relying on the infringing products’ entire market value as the royalty base.

The EMVR is available only when the patented feature drives consumer demand for the infringing product. On appeal, the Federal Circuit found that the evidence Power Integrations presented was insufficient as a matter of law to invoke the EMVR, vacating the judgment and remanding the case to the district court.

The court ruled that the EMVR may be appropriate if the patented feature accounts for virtually all the product’s value. This may be the case if, for example, the product’s other features are generic or conventional, and thus “of little distinguishing character.”

Power Integrations offered the following evidence to prove that the patented feature was essential:

The parties agreed that the infringing products contained other valuable features. But the court found that Power Integrations had “presented no evidence about the effect of those features on consumer demand or the extent to which those features were responsible for the products’ value.”

Is the EMVR Bar Too High?

Power Integrations creates some uncertainty about the future of the entire market value rule (EMVR). Some commentators believe that the Federal Circuit set the bar too high by requiring patent holders to prove a negative — that the unpatented features did not drive demand. Others suggest that the court’s decision may have been based simply on Power Integrations’ failure to prove that the patented feature drove demand, and that the bar isn’t as high as it seems.

In February 2019, the U.S. Supreme Court denied Power’s petition to review the case. So, the future of the EMVR may depend on additional guidance from the Federal Circuit.

Power Integrations shows that the EMVR is a strictly limited exception to the apportionment requirement. According to the Federal Circuit, when an accused infringer presents evidence that its product has valuable features in addition to the patented feature, the patent holder must show that those other features are irrelevant to consumer choice in order to invoke the EMVR.

Lou is the Managing Director of Brisbane Consulting Group, LLC, specializing in business valuations, forensic accounting, and litigation support services. He has extensive valuation experience and has served as a financial consultant and expert to attorneys in the economic aspects of matrimonial dissolution and other cases involving personal injury and commercial damages. He has been court-appointed throughout New York State and has testified as an expert witness on numerous occasions in State Supreme Court and Federal Court.